A four-season seaside retreat, where ideas & joys are passionately shared.

Villa Koukouvayia (Villa of the Owls) is a spacious, 3-residence retreat with accommodations for two to twenty-two guests.  Set on a secluded, landscaped estate that overlooks the Mediterranean Sea, surrounded by hundreds of acres of working olive groves, Villa Koukouvayia boasts the intimacy, privacy, and character of an historic inn, but with the gardens, spaces, and facilities to support larger groups.  The Villa can host tired holiday travelers wanting a separate private residence; provide larger groups the entire estate to celebrate weddings and reunions; or offer learning-focused groups a campus perfect for workshops, presentations, performances, and strategic collaboration.  And all while surrounded by the unique geographical, historical, cultural, and culinary joys of this special region of a very special island.

The programs we offer

Let us know what you are up to and organize your program hosting at the retreats. 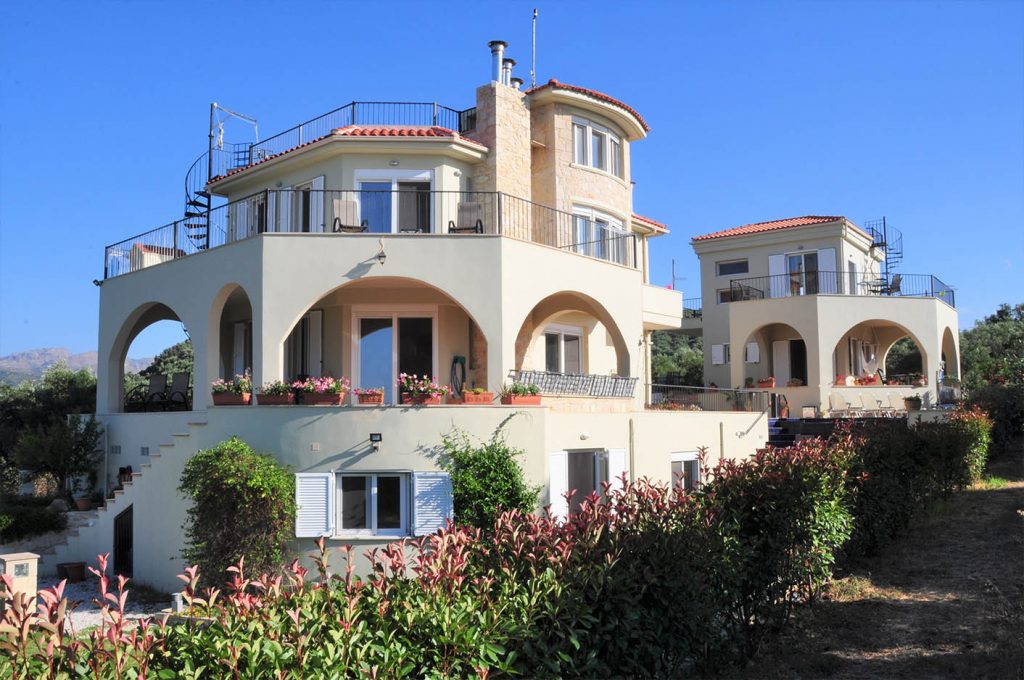 Villa Koukouvayia is situated on the foothills of western Crete’s northern shore, just above where the Gramvousa and Rodopou peninsulas project dramatically into the Aegean to form the Gulf of Kissamos.  She sits close enough to the famous sand-beaches of Crete to see and hear surf, yet far enough to remain isolated from the touristed areas that dot the waterfront. With the sea before her, mountains and gorges behind, the Tyflos River Valley at her side, and a charming constellation of villages nearby, Villa Koukouvayia, rests—like the owl after which she is named—in a perfect position to enjoy, undisturbed, the beauty of a wide world.

Culturally, the villa rests at a perfect apex between the quiet of rural villages and the amenities of the larger Cretan towns. Church bells count the hours, roosters call across the valley toward the dawn, but within walking distance the village of Kaloudiana bustles with two excellent tavernas, groceries, a gift shop, and the public-transit bus stop connecting the entire island.  Only three kilometers further west is Kissamos, a year-round agricultural town with bakers, grocers, Roman baths, Venetian fountains, and Minoan foundations hiding among its narrow streets. Kissamos boasts a robust tourist infrastructure of cafés, excellent restaurants and beautiful beaches, but instead of selling her soul to tourism shares it generously with visitors.

And less than ½ hour drive or bus ride from Villa Koukouvayia is Chania, the historic Venetian, Turkish and Greek city offering an array of shops, museums, outdoor theaters, a café-lined harbor, and an historic Old Town of cobbled alleys and walks. 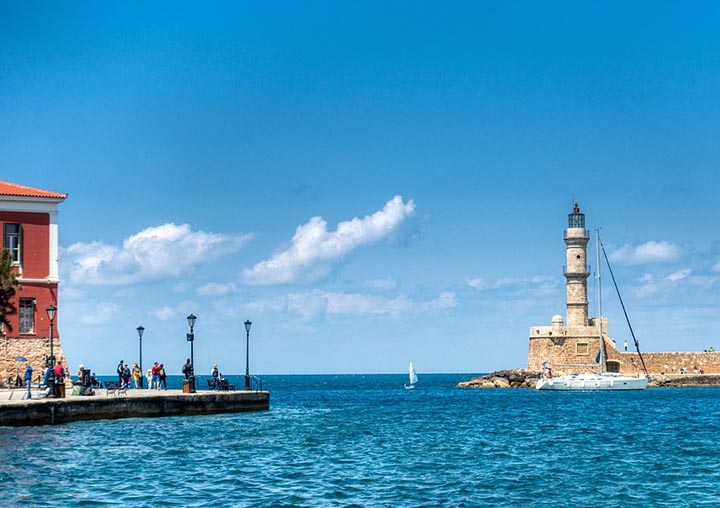 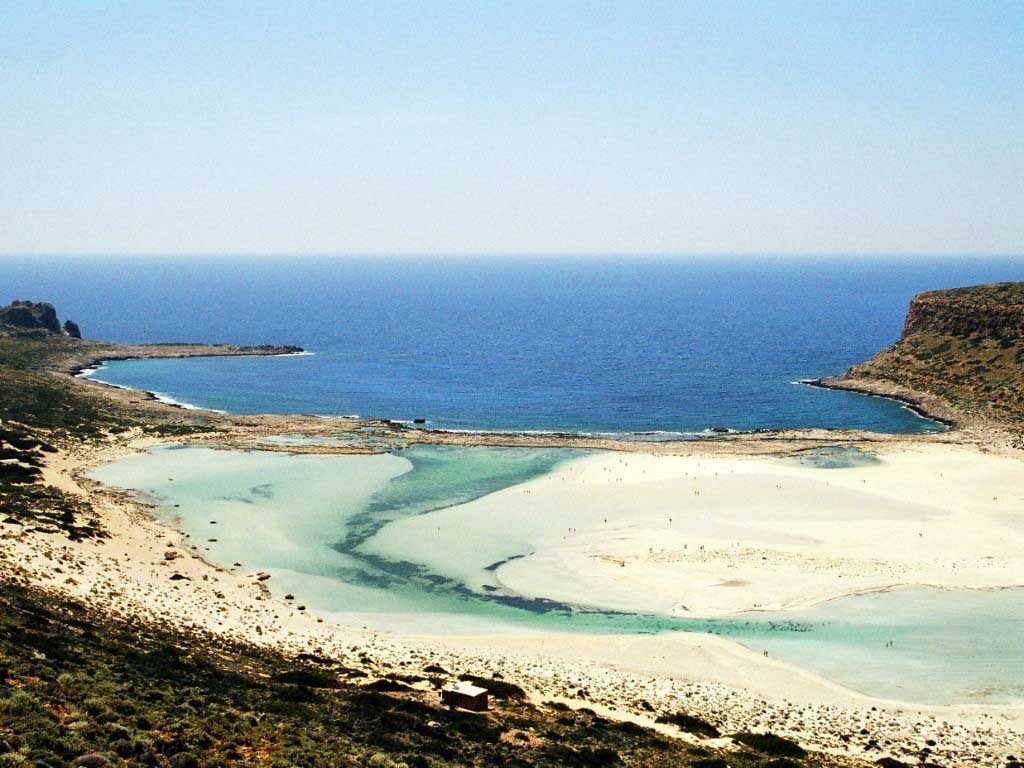 Also nearby are the natural areas made famous on countless Greek calendars—a short and beautiful drive to the famous, white-sand lagoons of Balos & Elafonisi, an hour to Samaria Gorge’s dramatic trailhead, and a little more than an hour from the spectacular cliffs and land-locked villages of the southern coast.

And losing oneself to the charms of Villa Koukouvayia does not mean getting lost, or spending ½ of a holiday arriving and the other half departing.  Major air transport, car-rental, and ferry hubs are forty-five minutes from Koukouvayia’s gate.  Kissamos has a small, 24/7 emergency clinic, and Chania boasts two large hospitals, one an advanced private clinic providing excellent care, including emergencies.  And despite our rural charm, shopkeepers and most locals speak enough English to help, and upon hearing even one Greek word escape your lips—regardless of how fumbled the pronunciation—will pat your back and sing your praise.

Are you interested in booking the whole villa? Check out the accommodations and book it now.

Take a look at the houses and choose which one suits you the most.

Dream vacation! We have often rented apartments, fincas or villas, but this villa definitely tops them all! Not because it is particularly slick or fancy, but because there is simply EVERYTHING provided, and the villa was obviously built with a lot of love and experience. And landlords, too, are very considerate, super-nice and just totally uncomplicated. The two houses are also designed in such a way that you don’t see anyone the whole day if you don’t want to. However, Richard & Heidi are easy to find when you need them, and a conversation with them is always very entertaining. You’re happy when you can have a chat with them! And so we absolutely and without restrictions recommed

Very nice house in the middle of the olives! We had a wonderful week in this lovely, recent and very well equipped house. The house is located in the middle of a very vast “forest” of olive trees, where only the cicadas could disturb the nap by the swimming pool! The village is a few minutes walk away, where it is possible to get supplies (2 mini markets) and to eat. Thank you again to the owners Richard and Heidi, who took great care with us, and who gave us invaluable advice for visits to the surroundings.

Vacation at Villa Koukouvayia! We have seldom met such a perfect house and such helpful and friendly hosts. Everything is available, from the basic equipment in the refrigerator to beach towels to the widely used grill. The landlords, Heidi and Richard, remain discreetly in the background, but are available to answer questions about the island such as for shopping, hiking, beautiful beaches and also for a little chat. And not to forget: Logan, the well-behaved dog who loves everyone and understands both Greek and English commands! In short: Villa Koukouvayia is highly recommended!

Beautiful Villa & Perfect Hosts! From their pre-arrival communications with easy to follow directions and reassuring contact phone numbers, to their final farewell with a bottle of olive oil made with fruit from the villa’s trees, the owners, Richard and Heidi, had done everything to ensure we had a relaxing, authentically Greek holiday, with a touch of luxury. Everything has been thought through for you. The kitchen is well equipped and has basic foodstuffs stocked up prior to arrival. Bathrooms are spacious. Bedrooms more than comfortable. Plug sockets are plentiful and even some adaptors provided. Wifi was good. Etc, etc… But this villa is all about the outside space. A covered veranda surrounds three sides of the building, so there is always sun or shade to choose from. Each bedroom and the large laundry bathroom have balconies, the main bedroom balcony being huge, and there is a rooftop terrace reached by a spiral staircase from the main bedroom balcony. There’s an infinity plunge pool—deep enough to dive into and large enough to splash in and cool off after a trip out; and the surrounding olive trees hum to the constant song of cicadas. We loved it here! A big thank you to Richard & Heidi!

We stayed there over New Years eve 2019/2020 for one week – everything was perfect, the hosts really very friendly and helpful, the house contained literally everything we needed, never have been to an apartment that well equipped. The hosts gave us good advices about where to go, which taverns really serve local food – thank you, Heidi and Richard, you made our one week holiday a great experience! Advice to all future visitors: don’t buy anything before you arrived at the apartment as you will find much more than you will expect and, by the way, you can drink the tab water and you will not need any plastic bottled water .

SUPERB, WITH EXTRAS FOR THE SOUL!

As expressed by previous guests, the place is magnificent: in the olive groves, overlooking the bay of Kissamos but close to small shops and taverns at modest prices. We occupied the guesthouse, 2 bedrooms, super equipped. terraces and balconies everywhere, washing machine, etc. A detail but it is wanted I think no TV. It is useless for us (except for the world football ;-)) but the wifi is very good so no problem for the addicts. If we chose this place it is also thanks to the comments of the hosts. Richard, Heidi (and the dog Logan) are perfect, present if you wish, discreet if you wish but always considerate and friendly. In the end I think they are the main asset of this beautiful place. PS: if you see a number from Maine (USA) on your mobile, don’t hang up, it’s Richard who will make sure of the final details for your arrival 😉

Want to book the residence? 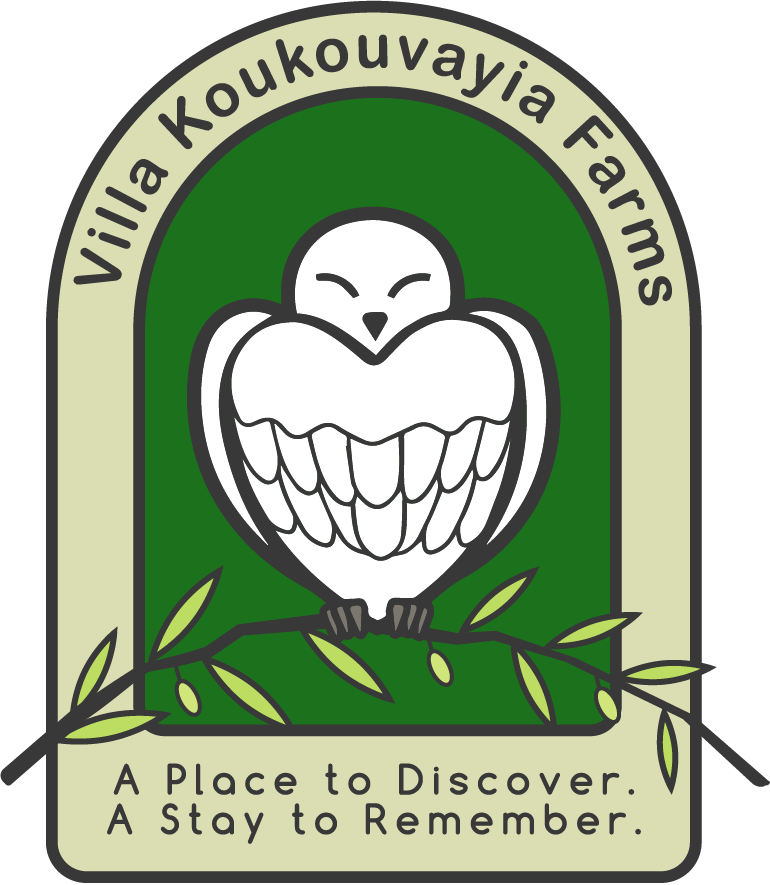 An intimate seaside retreat, where ideas & joys are passionately shared.

Welcome to our website! It is still under construction, so please ignore any “lorem ipsum text” or double images, we’re still working on that… Feel free to navigate within pages and contact us if you want. Thank you!